A Paki At A Fix With His Computer

This letter is from A Pakistani from a small villege near Rawalpindi.

We have got a computer in our home and we face some Problem, which I
want to bring to your notice.

After connecting to Internet we planned to open an email account. But
when ever we fill the Form of Hotmail, in password field only *
comes.But in rest of the fields whatever we typed comes but we faced
The
problem only in Password field. We checked with Hardware vendor and he
said that there is no problem in keyboard. Because of this we have
opened the email account with password *****. But I request u to check
this as we our self don't know what is the password!!!.

The next one is that we are unable to enter anything after we shut down
the computer.

There is a button for start but not for pause, stop as in stereo
recorder. We request u to add the same in future.

There is a option as RUN in menu. This one of my neighbor after
clicking
started running and he has run up to Islamabad from Rawalpindi. So we
request u to change that to SIT. So that we can click that by sitting.

One doubt is that can I click Re cycle bin. I own a scooter in my home.
Is there a separate option as Re scooter bin available in the system?

The last one is my wife has lost the door key of ourhouse. So I
searched
for the same in search option of start icon. But I did not find the
same
there also . Is it a bug?

Rest In next letter.

When A Paki Grabbed An Indian S Football

An Indian and Pakistani Guy both lived next door 2 each other.
One day found that his Paki neighbour had somehow gained posession of a new football.

So he went round and says to the guy ""Oy mate thats my football, i want it back!""

Paki says ""It-s in my garden mate, which makes it mine""

Indian guy says ""Ok, listen lets sort this out like men, what we-ll do is kick each other in the goolies and whoever gets up in the quickest time gets to keep the ball, Ok?""

So they both go off and put on their hardest shoes and meet back.

Indian guy says ""I-ll go first"" and with that he took a run up and gave the paki a whallop in the groin.

The paki, severly shaken, injured and bleeding, manages to stand up and says ""that took me 20seconds, now its ur turn"".

Did you hear about the new 3 million dollar Pakistan State lottery?

The winner gets 3 dollars a year for a million years.

Did you hear about the new 3 million dollar Pakistan State lottery?

The winner gets 3 dollars a year for a million years.

President Musharraf In Que For Visa...

President General Pervez Musharraf was driving around Islamabad when he saw long queues of Pakistanis outside several embassies wanting visas and entry permits to go abroad. He got out of his car and joined a line to find out why so many people wanted to leave Pakistan. No sooner did people see the President with them that they left the queue to return to their homes. President Musharraf was surprised and asked them why they had the change of heart and decided to stay back in Pakisatn than to go abroad. They replied: ``If you are leaving Pakistan, there is no reason for us to go.--
· 1 Like · May 21, 2021 at 20:05
Category: miscellaneous
Jokes / Miscellaneous

QUES:WHAT IS THE DIFFRENCE BETWEEN SKY AND SKIRT ? 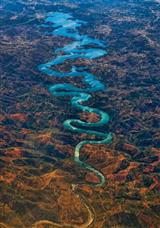 The Blue Dragon River in Portugal
Posted by iJunoon
Posted on : Jul 01, 2018