Bholaji ordered a pizza and the clerk asked if he should cut it in six or twelve pieces.
""Six, please. I could never eat twelve pieces.""


Q: So this Bholaji is walking the other day and comes across a banana peel on the road. Can you guess what he must be thinking ?
A: ""Saala aaj bhi girna padega...""


Q: Why did Bholaji stare at the frozen Orange Juice Can for 2 hours?
A: Because it said -concentrate-.


Q: What did Bholaji do when he noticed that someone had already written on the overhead transparency?
A: He turned it over and used the other side.


Q: What did Bholaji do when his wife gave birth to twins?
A: He is out looking for the other man.


Q: Why does Bhola always smile during lightning storms?
A: He thinks his picture is being taken.


Bholaji Doctor to his patient: ""It`s very important that you take this medicine exactly 30 minutes before you feel the pain.""


Then there`s the one about Bholaji who brought his binoculars to a funeral where they were going to bury a distant relative ... 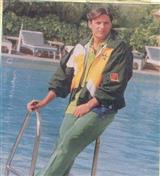