When I find my code in tons of trouble,
Friends and colleagues come to me,
Speaking words of wisdom:
""Write in C.""

As the deadline fast approaches,
And bugs are all that I can see,
Somewhere, someone whispers:
""Write in C.""

I used to write a lot of FORTRAN,
For science it worked flawlessly.
Try using it for graphics!
Write in C.

If you-ve just spent nearly 30 hours,
Debugging some assembly,
Soon you will be glad to
Write in C.


What is it with these computer companies and their silly lawsuits? First
you have Digital suing Intel, then Intel countersuing, and now Oracle and
Informix mixing it up. Don-t these guys have anything better to do?
Apparently not, as our list of top ten new computer lawsuits indicates:

10. Larry Ellison sues Bill Gates: unfair to have more money than I!

6. EPA sues AOL for polluting landfills with all those damned CDs

3. Microsoft files antitrust suit against U.S. government: ""They run
everything!""

50 Ways To Confuse People In The Computer Lab

2. Laugh uncontrollably for about 3 minutes and then suddenly stop and look
suspiciously at everyone who looks at you.

3. When your computer is turned off, complain to the monitor on duty that
you can-t get the darned thing to work. After he/she-s turned it on,
wait 5 minutes, turn it off again, and repeat the process for a good
half hour.

4. Type frantically, often stopping to look at the person next to you
evilly.

5. Before anyone else is in the lab, connect each computer to a different
screen than the one it-s set up with.

6. Write a program that plays the ""Smurfs"" theme song and play it at the
highest volume possible over and over again.

7. Work normally for awhile. Suddenly look amazingly startled by something
on the screen and crawl underneath the desk.

8. Ask the person next to you if they know how to tap into top-secret
Pentagon files.

9. Use Interactive Send to make passes at people you don-t know.

10. Make a small ritual sacrifice to the computer before you turn it on.

12. Type on VAX for awhile. Suddenly start cursing for 3 minutes about
everything bad about your life. Then stop and continue typing.

13. Enter the lab, undress, and start staring at other people as if they-re
crazy while typing.

14. Light candles in a pentagram around your terminal before starting.

18. Start making out with the person at the terminal next to you (it helps
if you know them, but this is also a great way to make new friends).

19. Put a straw in your mouth and put your hands in your pockets. Type by
hitting the keys with the straw.

20. If you-re sitting in a swivel chair, spin around singing ""The Lion
Sleeps Tonight"" whenever there is processing time required.

21. Draw a picture of a woman (or man) on a piece of paper and tape it to
your monitor. Try to seduce it. Act like it hates you and then
complain loudly that women (men) are worthless.

22. Try to stick a Nintendo cartridge in the 3.5 disk drive. When it
doesn-t work, get the supervisor.

24. Print out the complete works of Shakespeare, then when it-s all done
(two days later) say that all you wanted was one line.

25. Sit and stare at the screen, biting your nails noisily. After doing
this for awhile, spit them out at the feet of the person next to you.

26. Stare at the screen, grind your teeth, stop, look at the person next to
you. Repeat procedure, making sure you never provoke the person enough
to let them blow up, as this releases tension, and it is far more
effective to let them linger.

27. If you have long hair, take a typing break, look for split ends, cut
them, and deposit them on your neighbor-s keyboard as you leave.

28. Put a large, gold-framed portrait of the British royal family on your
desk and loudly proclaim that it inspires you.


DOS Airline
Everybody pushes the airplane until it glides, then they jump on and let the
plane coast until it hits the ground again, then they push again jump on
again, and so on.

Linux Airline
Disgruntled employees of all the other OS airlines decide to start their own
airline. They build the planes and ticket counters, and pave the runways
themselves. They charge a small fee to cover the cost of printing the
ticket, but you can also download and print the ticket yourself. When you
board the plane, you are given a seat, four bolts, a wrench, and a copy of
the seat- howto.html. Once settled, the fully adjustable seat is very
comfortable, the plane leaves and arrives on time without a single problem,
the in-flight meal is wonderful. You try to tell customers of the other
airlines about the great trip, but all they can say is, ""You had to do what
with the seat?""

Mac Airline
All the stewards, stewardesses, captains, baggage handlers, and ticket
agents look the same, act the same, and talk the same. Every time you ask
questions about details, you are told you don-t need to know, don-t want to
know, and would you please return to your seat and watch the movie.

Newton Airline
After buying your ticket 18 months in advance, you finally get to board the
plane. Upon boarding the plane you are asked your name. After 46 times,
the crew member recognizes your name and then you are allowed to take your
seat. As you are getting ready to take your seat, the steward announces
that you have to repeat the boarding process because they are out of room
and need to recount to make sure they can take more passengers.

OS/2 Airline
To board the plane, you have your ticket stamped ten different times by
standing in ten different lines. Then you fill our a form showing where you
want to sit and whether the plane should look and feel like an ocean liner,
a passenger train or a bus. If you succeed in getting on the plane and the
plane succeeds in taking off the ground, you have a wonderful trip...except
for the time when the rudder and flaps get frozen in position, in which
case you will just have time to say your prayers and get in crash position.

Windows Airline
The airport terminal is nice and colorful, with friendly stewards and
stewardesses, and easy access to the plane. After the plane arrives, 6
months late, you have a completely uneventful takeoff... then, once in the
air the plane blows up without any warning whatsoever.

Windows NT Airline
All the passengers carry their seats out onto the tarmac, placing the chairs
in the outline of a plane. They all sit down, flap their arms and make jet
swooshing sounds as if they are flying.

Unix Airline
Each passenger brings a piece of the airplane and a box of tools to the
airport. They gather on the tarmac, arguing constantly about what kind of
plane they want to build and how to put it together. Eventually, they build
several different aircraft, but give them all the same name. Some
passengers actually reach their destinations. All passengers believe they
got there.

VMS Airline
The passengers all gather in the hanger, watching hundreds of technicians
chec
Advertisement
· 1 Like · Apr 17, 2007 at 02:04
Category: uncategorized


This truck driver hauling a tractor-trailer load of computers stops for a
beer. As he approaches the bar he sees a big sign on the door saying ""NERDS
NOT ALLOWED - ENTER AT YOUR OWN RISK!"" He goes in and sits down. The
bartender comes over to him, sniffs; says he smells kind of nerdy, asks him
what he does for a living. The truck driver says he drives a truck, and the
smell is just from the computers he is hauling.

The bartender says ""OK, truck drivers are not nerds"", and serves him a beer.

As he is sipping his beer, a skinny guy walks in with tape around his
glasses, a pocket protector with twelve kinds of pens and pencils, and a
belt at least a foot too long. The bartender, without saying a word, pulls
out a shotgun and proceeds to blow the guy away. The truck driver asks him
why he did that. The bartender said not to worry, the nerds are
overpopulating Silicon Valley, and are in season now. You don-t even need a
license, he said.

So the truck driver finishes his beer, gets back in his truck, and heads
back onto the freeway. Suddenly he veers to avoid an accident, and the load
shifts. The back door breaks open and computers spill out all over the
freeway. He jumps out and sees a crowd already forming, grabbing up the
computers. They are all engineers, accountants and programmers wearing the
nerdiest clothes he has ever seen. He can-t let them steal his whole load.
So remembering what happened in the bar, he pulls out his gun and starts
blasting away, felling several of them instantly. A highway patrol officer
comes zooming up and jumps out of his car screaming at him to stop.

The truck driver said, ""What-s wrong, I thought nerds were in season.""

THERE WAS LIFE BEFORE THE COMPUTER

An application was for employment
A program was a TV show
A cursor used profanity
A keyboard was a piano!

Memory was something that you lost with age
A CD was a bank account!
And if you had a broken disk,
It would hurt when you found out!

Log on was adding wood to a fire
Hard drive was a long trip on the road
A mouse pad was where a mouse lived
And a backup happened to your commode!

I guess I-ll stick to my pad and paper
And the memory in my head
I hear nobody-s been killed in a computer crash
But when it happens they wish they were dead!
Advertisement
· 1 Like · Apr 17, 2007 at 02:04
Category: uncategorized

Don-t you wish when life is bad
and things just don-t compute,
That all we really had to do
was stop and hit reboot?

Things would all turn out ok,
life could be so sweet
If we had those special keys
Ctrl, Alt, and Delete

Your boss is mad, your bills not paid,
your wife, well she-s just mute
Just stop and hit those wonderful keys
that make it all reboot 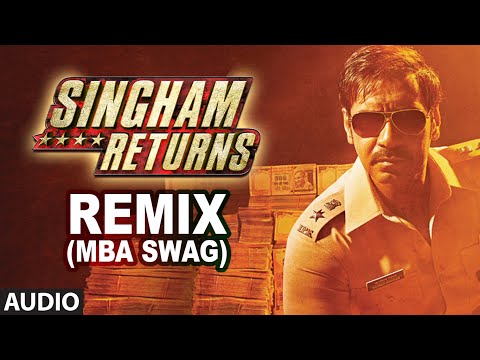